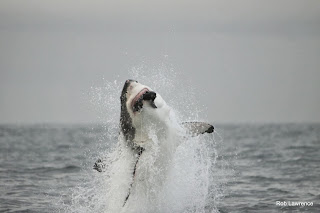 All of us at African Shark Eco-Charters, get to spend a lot of time with the Great White Sharks in False Bay, and they are fascinating animals, one of the most fascinating secrets of these Great Whites is their Migration patterns as they do not live here in False Bay permanently, but rather move to other parts of the globe with great efficiency. It has only been recently that we have been able to unlock this secret due to the recent tagging of the Great White Sharks.

Migration is one of the great mysteries of the animal kingdom that  continue to elude scientists worldwide. While this phenomenon is  witnessed in all major animal groups, including birds, mammals, insects, crustaceans, fish, reptiles and amphibians, surprisingly little  definitive knowledge is understood about its mechanisms and specifics.   Broadly, migration refers to the large scale movement of an animal  group from one place to another.

It’s difficult enough trying to understand terrestrial animal mass  movements or migration patterns, so imagine trying to get a grasp on  aquatic species!  The quest to understand worldwide shark migrations  patterns has been a daunting task, even more so with such a notoriously  difficult subject to study as the great white shark. Great white sharks used to be regarded as predominantly coastal territorial predators,  staying close to shore where their main food source, seals and sea  lions, were most prominent. However, with the advent of new satellite  and electronic tagging technologies available, recent studies have  started to prove otherwise. A study in 2002 tracked an individual tagged in Central California thousands of kilometres to the warm water of the  Hawaiian Island chain. Read all about it here: http://news.stanford.edu/news/2002/january9/sharks-19.html

In South Africa, great white sharks in False Bay do not stay at Seal Island year-round although their food sources, cape fur seals, live at  the island year round. In 2004 a great white shark tagged in Gansbaai  migrated 11,000 km to Western Australia.  This is not a unique event;  there have also been a few other recorded incidents of great whites from South Africa migrating to Australia and back within a year. Other  individuals have been found to just migrate shorter distances, to other  parts of South Africa or Namibia or in some cases just in shore within False Bay. Why do the sharks leave their food source in False Bay? Where do they go? Why do some swim so far and others not? Seasonal feeding  patterns and mating behavior have been put forth as theories for such  unpredictable and varying behavior but nothing has been proven. The  amount we still have to learn and understand is staggering.

The reality is no matter how much we know, the animal kingdom  continues to elude scientists.  Perhaps we will discover more about why  great white sharks do what they do and perhaps we won’t.  What we can  count on is that they are fascinating creatures that continue to pull at our imagination. 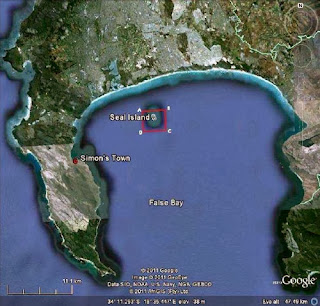