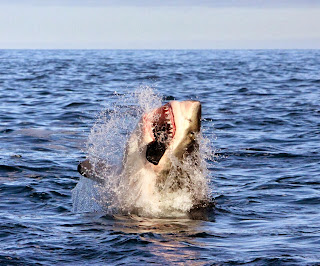 Are Great White Sharks the Apex Predator in False Bay?

We have a perfect job at African Shark Eco-Charters, being able to go out everyday in the marine rich environment of False Bay, we get the chance to see first hand many of the wonderful species that we share this bay with.

Many people when they hear the word “shark” in False Bay immediately  think of great white sharks. But, False Bay is home to an incredible  diversity of sharks, rays, skates and chimeras’(all cartilaginous fish)  with 27 different species, representing 15 families recorded in the  inshore waters of the bay. Most of these are potential prey for great  whites, especially the hound sharks, bronze whalers and guitar sharks.

As the saying goes “Man cannot live on Bread alone” :the same can be said for Great White Sharks, they cannot survive on a diet of only Seal. So they hunt other fish, sharks and rays in False Bay.

Shark research shows a trend in White Sharks moving from around Seal Island after seasonal hunting Cape Fur Seal during August, to close  in-shore along the False Bay Coast in search of fish, sharks and rays  which occur in this habitat. 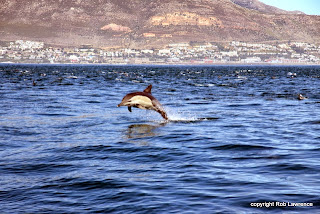 While there have been a few reported attacks of Orcas on Great White Sharks in the world, this is not particularly common and has not been recorded in False Bay, which makes the Great White Shark the top apex predator in this magical Bay. The Orcas have been spotted in False Bay every so often, and it is thought that it is the common dolphins that are attracting the Orcas into False Bay. 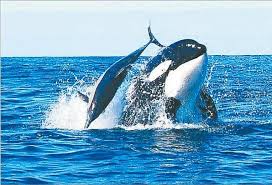