The Pajama Shark, not to be confused with Shark Pajamas or a shark in pajamas,

is another arm of the Catshark family and is also known by Striped Catfish. Boasting a broad, flat head, with a blunt snout, this grey shark has the distinct markings of grandad’s stripped pajamas, with darker longitudinal strips running from head to tail, though broken the closer one gets to the tail. The underside of the Pyjama Shark is uniformly pale. With two little “feeler” type barbels above the mouth, that assist in foraging for prey, which includes smaller fish, crustaceans, molluscs and worms, they boast broad and rounded pectoral fins, two small dorsal fins that are set further back towards the tail. The Pajama Shark grows to a maximum of 1 meter (3.2 feet) in length and is endemic to the waters of the South African coast, ranging from Saldanha Bay, through False Bay and onto the West Coast as far as East London on the South Coast.

This little guy is a nocturnal creature, so during the day it can be found hiding in caves or beneath crevices, only to come out at night to make use of those barbels on its head, just above its mouth, to forage for food.

Another of the Catshark family.

As with the other sharks within the “catshark” species, the Pyjama Shark also lay egg casings, with a single egg. These casings have a distinct purse like structure, so sometimes are referred to as a Mermaids Purse, and are very sticky, with a hairy surface so as to stick to kelp and other sea vegetation, where after five or six months the Pyjama pup will hatch, all of 15 to 16cm in length. The male of the species will reach sexual maturity at 78–81 cm (31–32 in) and the female at 79–83 cm (31–33 in) long, while all Pyjama Sharks reach adulthood by a length of 89 cm (35 in) Another beautiful shark with a Near Threatened classification.

This beautiful little shark is classified as Near Threatened on the IUCN, as the Pyjama Shark is restricted to shallower waters and has a limited distribution within a heavily fished area, conservation is a concern. Though not specifically fished as yet, there does seem to be a growing interest in the export of smaller sharks; they are often victims of Bycatch, and accidentally caught by recreational fisherman, who do not always release. This little guy does not get specific protection, but perhaps we should be more aware of it and keep it from becoming extinct! Come join us in False Bay South Africa, where we are home to the Flying Great White Shark! 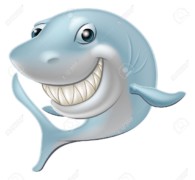