African Shark Eco-Charters as an operator.

Today I thought I would keep to the topic of sharks of course, but taking it from a different angle, that of the operators who offer dives out of Simon’s Town, Western Cape.

There are a couple of things to remember when embarking on the exciting shark cage dive, but the most important being that these are wild animals, not trained to perform and appear at our behest, but rather they grace us with their presence and we are blessed to be able to see them in their natural environment.

20+Years ago, Rob Lawrence affectionately known as the Shark Legend, with a partner noticed the feeding habits of the Great White Shark off of seal island, and how these majestic creatures would break from the depths into the air in pursuit of their prey. They decided that they would offer shark trips out to seal island to other interested folk, and were over whelmed at the positive response they received!

In the beginning, as with anything, there was a learning curb that they underwent; watching the shark’s behavior and learning as much as he could without pulling these animals into laboratories and dissecting them; Rob did his dissection from the boat and cage. What was learnt was fascinating and sparked a growing industry in Simon’s Town.

During the months of February through September the Great White will hunt from seal island, making viewing and cage diving possible; but between October through January, the Great White follows the schools of tuna and other fatty fish, closer in shore, taking them away from seal island and the legal viewing and cage diving opportunities, from Simon’s Town. This is not to say that the sharks have left the bay, they have simply left the island, and these are times when sightings from the beaches are more likely.

Weather patterns play an important role in their habits, and so Rob found that the best time to view these amazing creatures doing their Airjaws dance, are between the months of April and August, when we experience cooler weather, and most likely in the morning, as this is the time they have the energy required to hunt.

Of course sharks are about throughout the year, and it is possible to do dives out of Gabsbaai 365 days of the year, though the trips are different from those out of Simon’s Town and do not typically offer a shark breach viewing trip.

The success of the trips out of Simon’s Town, have necessitated that bookings are made months in advance to avoid disappointment and as I have said before, as it’s a weather dependent trip, make sure you book in the beginning of your holiday, in the event one needs to reschedule due to bad weather. 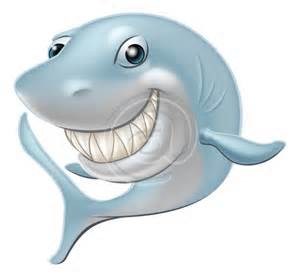 Until we meet again, keep that toothy grin!